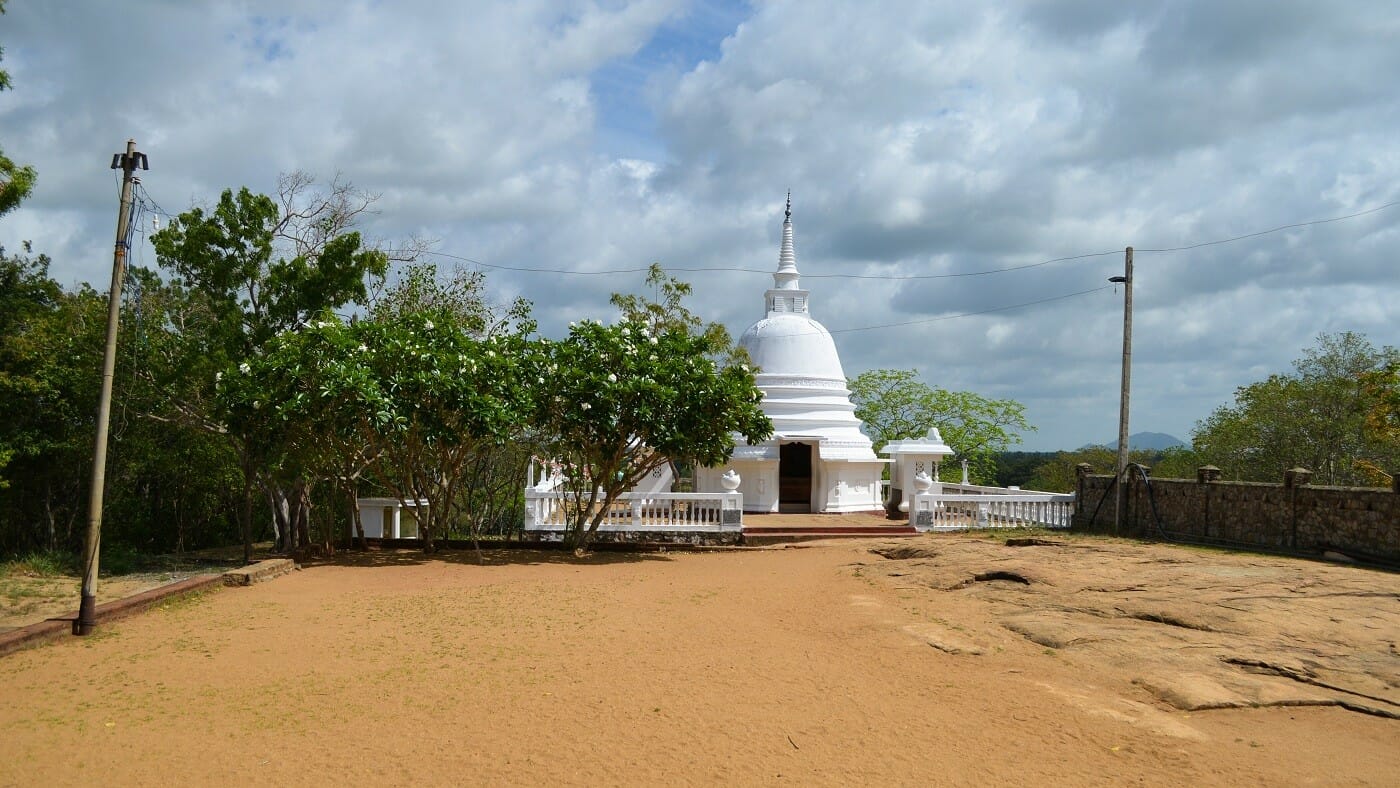 Vijithapura Rajamaha Viharaya is an ancient Buddhist temple worshiped by Buddhist all around the country. The temple is located closer to the Kala Wewa in Anuradhapura district of North Central Province, Sri Lanka. You can access this temple through Kekirawa – Galewela road and only about 10km away from the Kekirawa temple.

According to the historical sources (like Mahavamsa, Deepavamsa, Tupavamsa, and Saddharmalankaraya), the history of the Vijithapura area goes back to the reign of King Vijaya (543–505 BCE).

During the adverse period started after the reign of King Parakramabau the great (Polonnaruwa kingdom) has been left behind like other places. And again this temple was renovated in the latter part of 19th century.

You can see a stone believed to be a stone used to sharpen the sword, ancient guardstones,  and a small ancient stupa as historical evidence at this sacred place.

Sorry, no records were found. Please adjust your search criteria and try again. 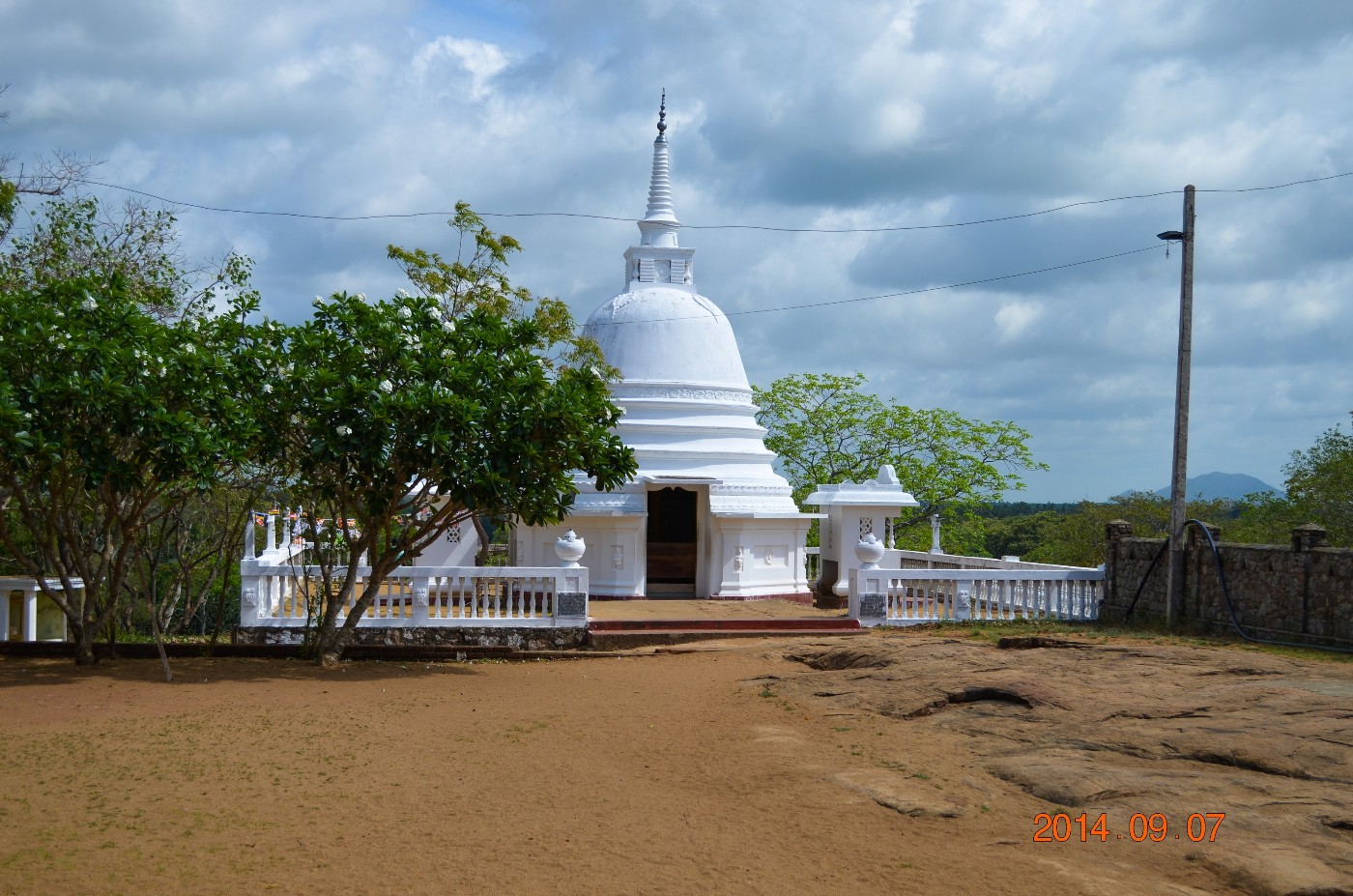 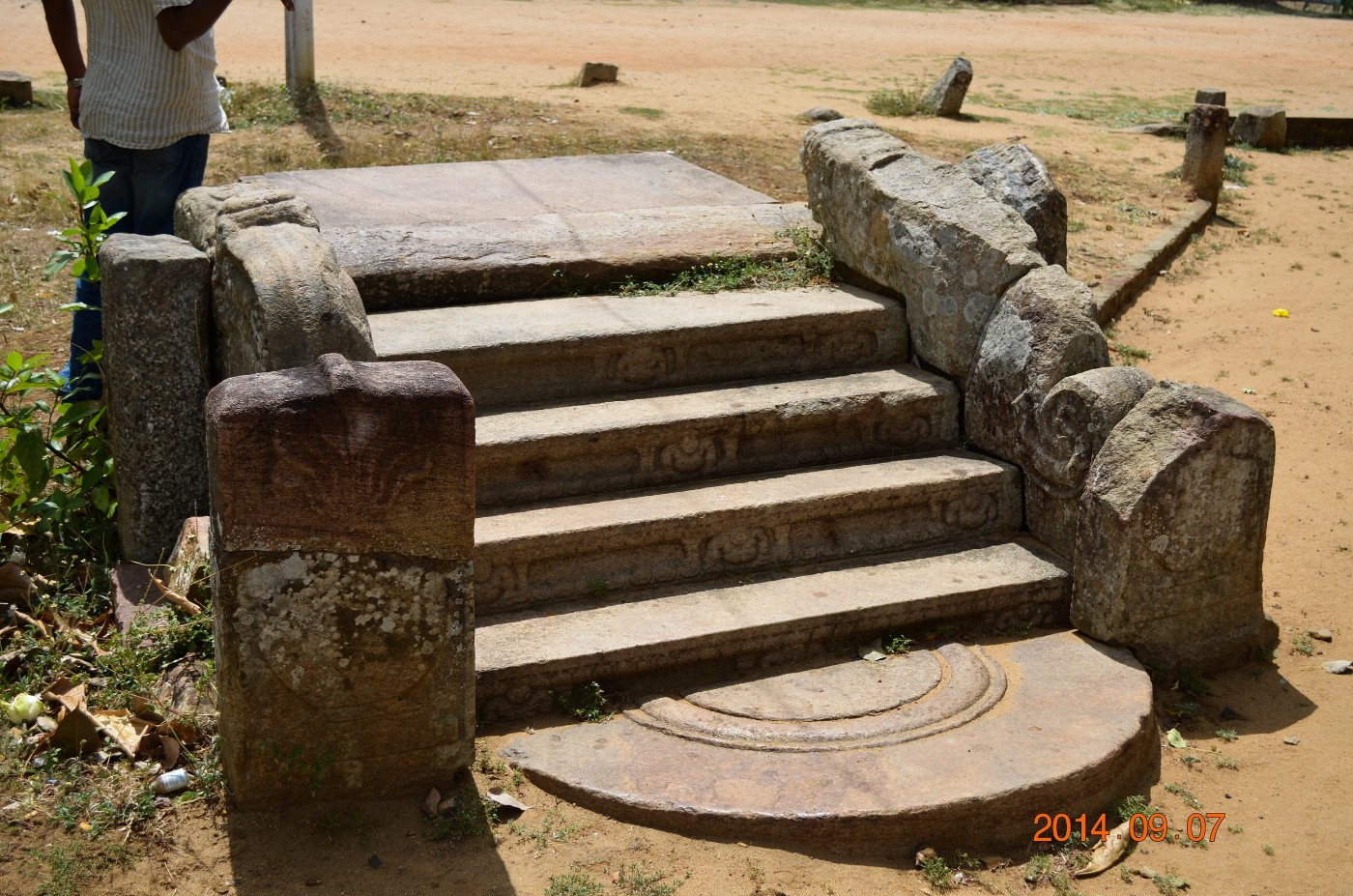 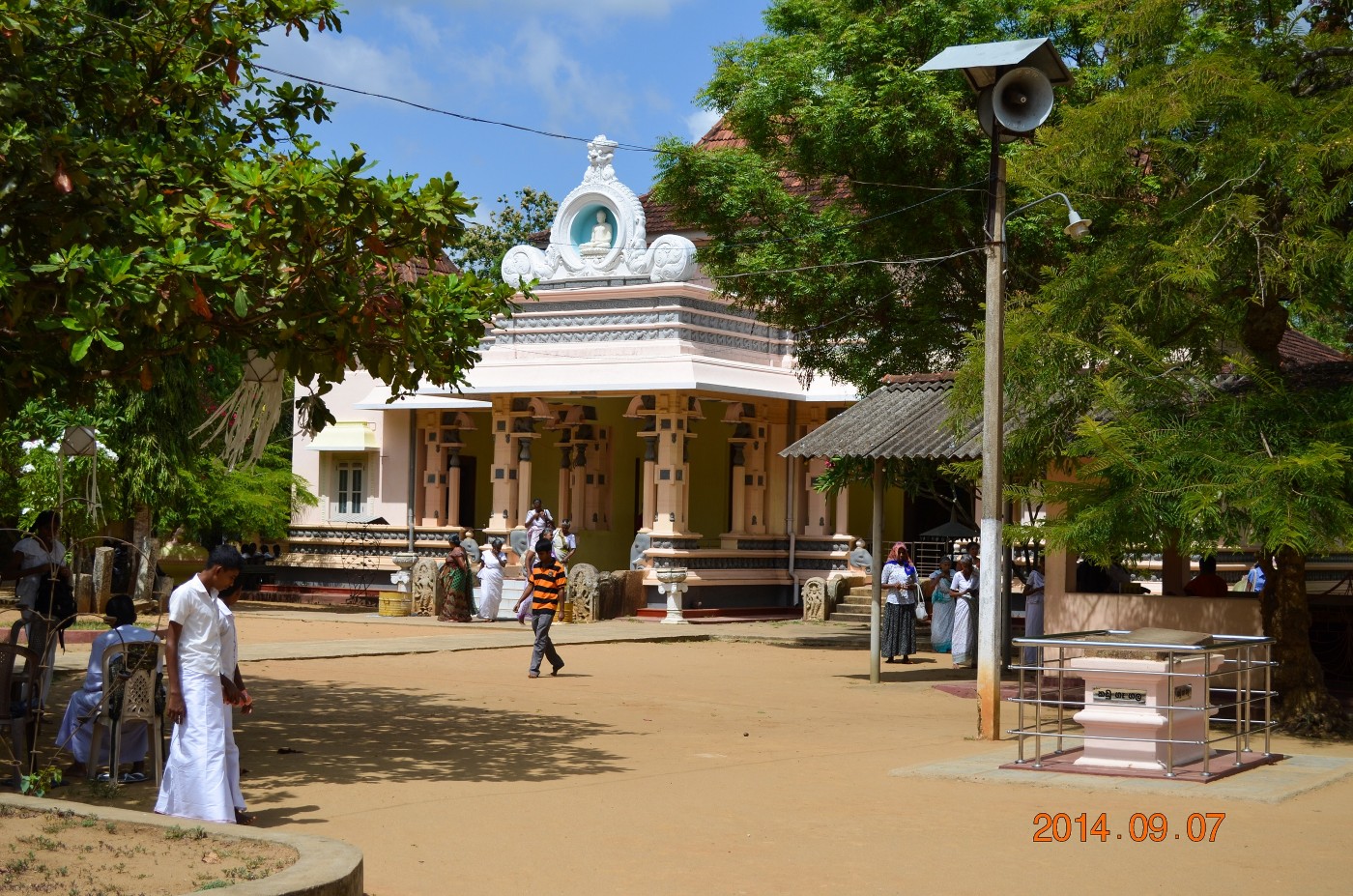 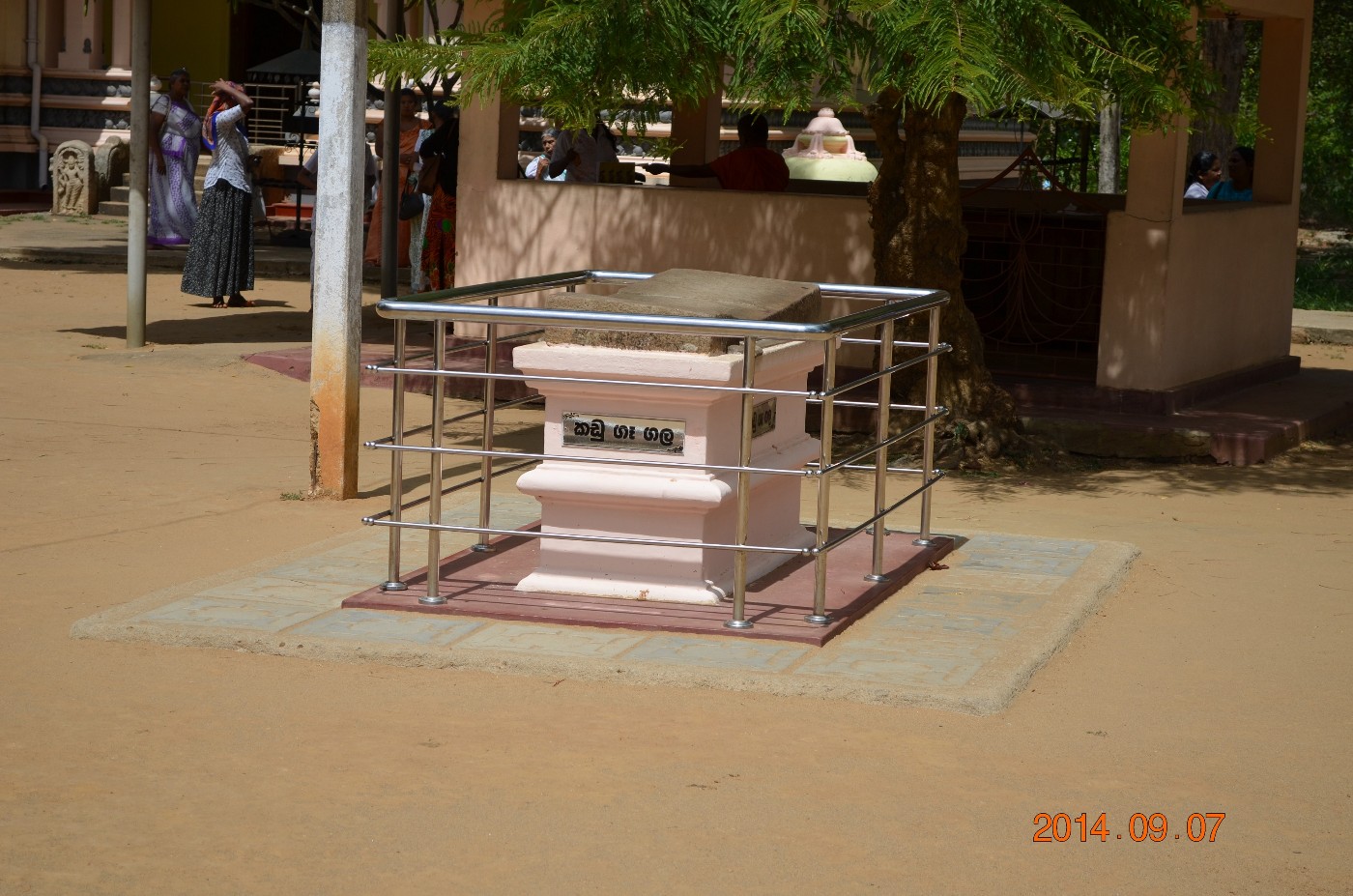 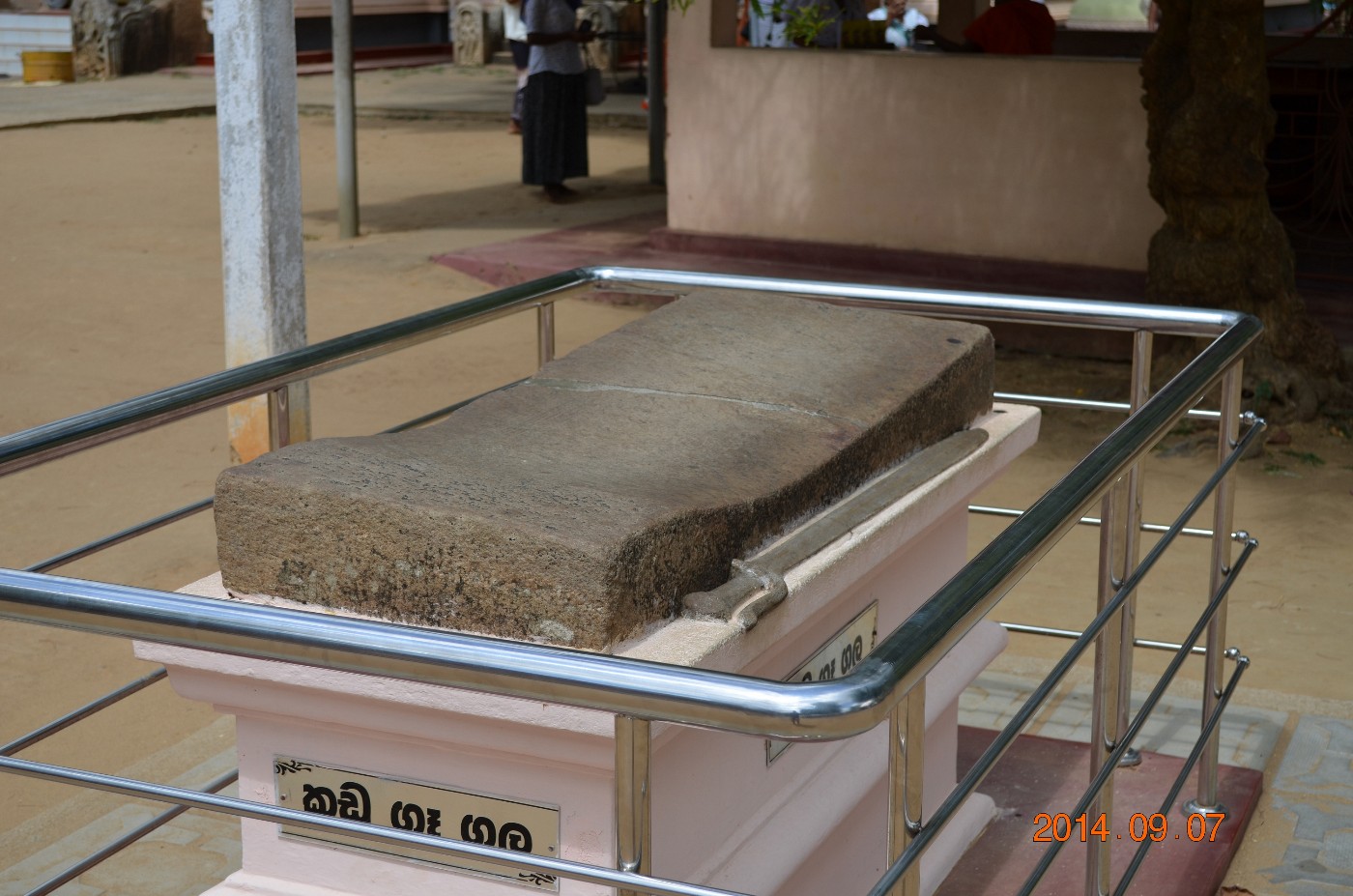 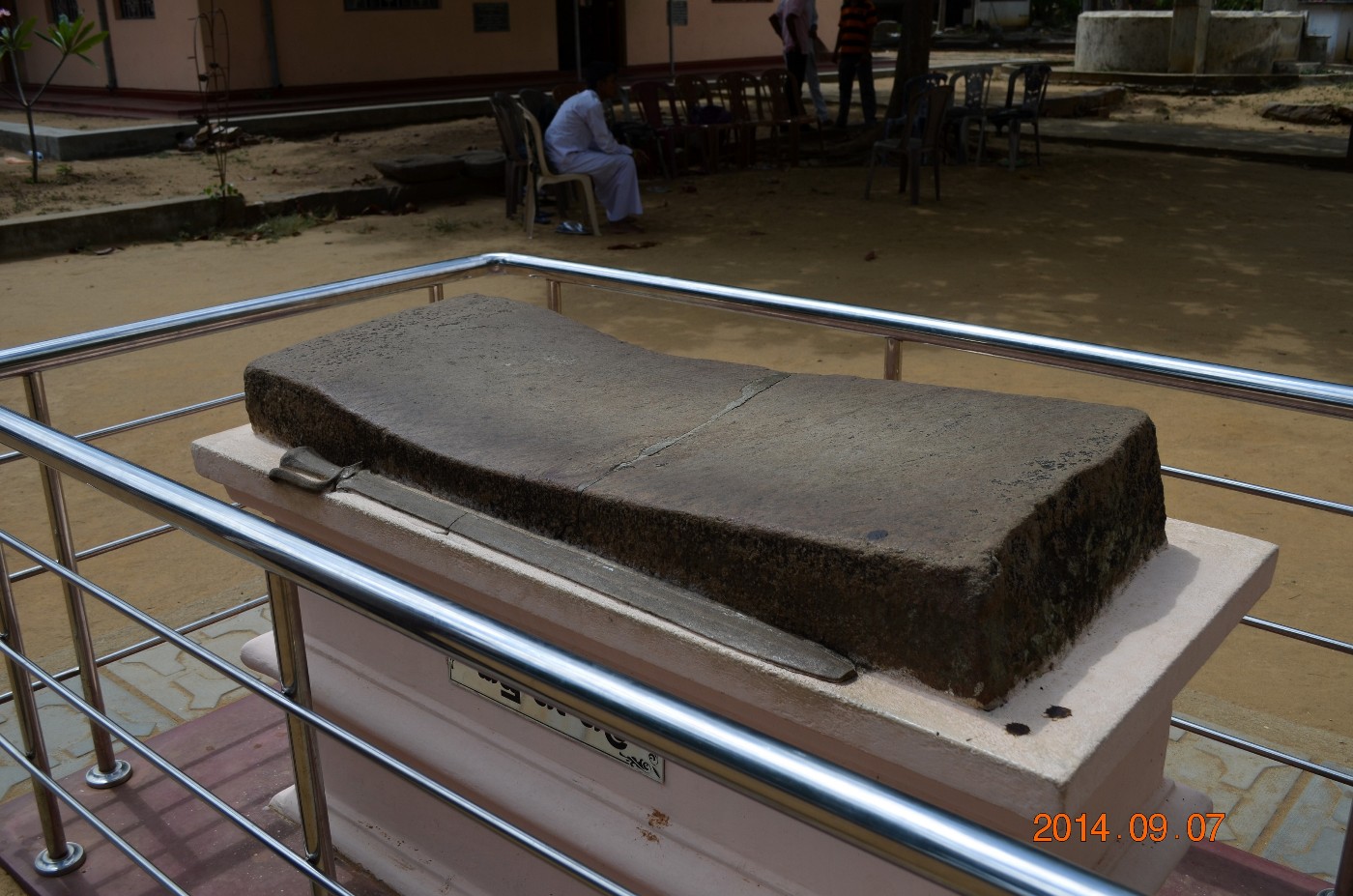 1 Review
Favorite
Avukana Buddha Statue is a great masterpiece of sculpture which explain the competence of artist in ancient Sri Lanka. It is an over 40 feet high Buddha statue carved out of a great granite rock face built during the reign of King Dhatusena (455 – 473 AD). It is located in the vicinity of Kala Wewa in Anuradhapura district of North Central Province, Sri Lanka. In this is statue the Lord Buddha is depicted in Asisa Mudra which is a pose of blessing. Originally this statue had been placed inside an Image house and now you can see only the crumbling brick walls of Read more... No Reviews
Favorite
The Jathika Namal Uyana is located in Anuradhapura District of North Central Province. This can be accessed through Madatugama Pubbogama Andiyagala road and 6.5km away from the Kandy-Jaffna Highway (see the below map for exact location). This is the largest ironwood forest in Sri Lanka and where Asia’s largest rose quartz mountain is located in. The Jathika Namal Uyana had been a sanctuary for Buddhist monks during the era of King Devanampiyatissa. Later it had been used as a prison camp where the punishment was to plant Na trees.   External Links Mother Nature’s wonderful creation Jathika Namal Uyana Sri Read more... No Reviews
Favorite
Ritigala is a mountain range located in Anuradhapura District of North Central Province, Sri Lanka. The mountain contains ruins of an ancient Buddhist monastery. The history of the monastery dates back to the 1st century BC.   Ritigala Read more... No Reviews
Favorite
Isurumuniya is a Buddhist temple located in Anuradhapura District of North Central Province, Sri Lanka. The history of this temple dates back to reign of King Devanampiya Tissa (307 BC to 267 BC). Later this has been renovated by the King Kasyapa I (473-491 AD). Isurumuniya is most famous for stone carvings, especially the “Isurumuni Lovers” carving. In addition to that there are many other stone carvings can be seen in this temple. Isurumuni Lovers Stone carvings and sculptures   This slideshow requires JavaScript. Read more... No Reviews
Favorite
Ranmasu uyana is pleasure garden of the ancient royals of Sri Lanka. It is located in between Thissa Wewa and Isurumuniya temple in Anuradhapura district of North Central Province. The garden is spreaded over 40 acres. This is a good example of ancient Sri Lankan garden architecture. Establishment of this “Ran Masu Uyana” has been carried out to full fill the essential necessity of a royal park and this was built on the right side of the Maha Vihara premises. Inscription of Vessagiriya, established by King Mihindu IV in the 10th century A.D., has identified this as the “Ranmasu Uyana”. Meaning Read more... No Reviews
Favorite
The Lovamahapaya is one of the Eight Sacred places known as “Atamasthana” and it is located in the Sacred City of Anuradhapura in North Central Province, Sri Lanka. When you walk towards Ruwanweliseya from Sri Maha Bodhiya, The Lovamahapaya can be seen on your right-hand side. According to the Mahawamsa, the Lowamahapaya was a nine-story building and It was built by the King Dutugemunu (161-137 BC). You can read more about this place by visiting the external links given below. Photo Credit:  Balou46, ChampikaG External Links: King Dutugemunu’s gracious gift to Maha Sangha The Entrance Into the Tusita-Heaven Read more...

No Reviews
Favorite
The Mirisaweti Stupa is located in Anuradhapura District of North Central Province. The stupa has been built by the king Dutugemunu (161BC – 137BC) after defeating South Indian invader king Elara. According to the legends, one day the King Dutugemunu had gone to Tissa Wewa for a bath leaving the scepter here. Once he returns to the scepter, it is said that it could not be moved from that place. As a result, the King has constructed this Stupa on the place where the scepter stuck. It is also said that it had been a practice of the King Dutugemununu Read more...

This site uses Akismet to reduce spam. Learn how your comment data is processed.

Sorry, no records were found. Please adjust your search criteria and try again.

Find awesome listings near you!